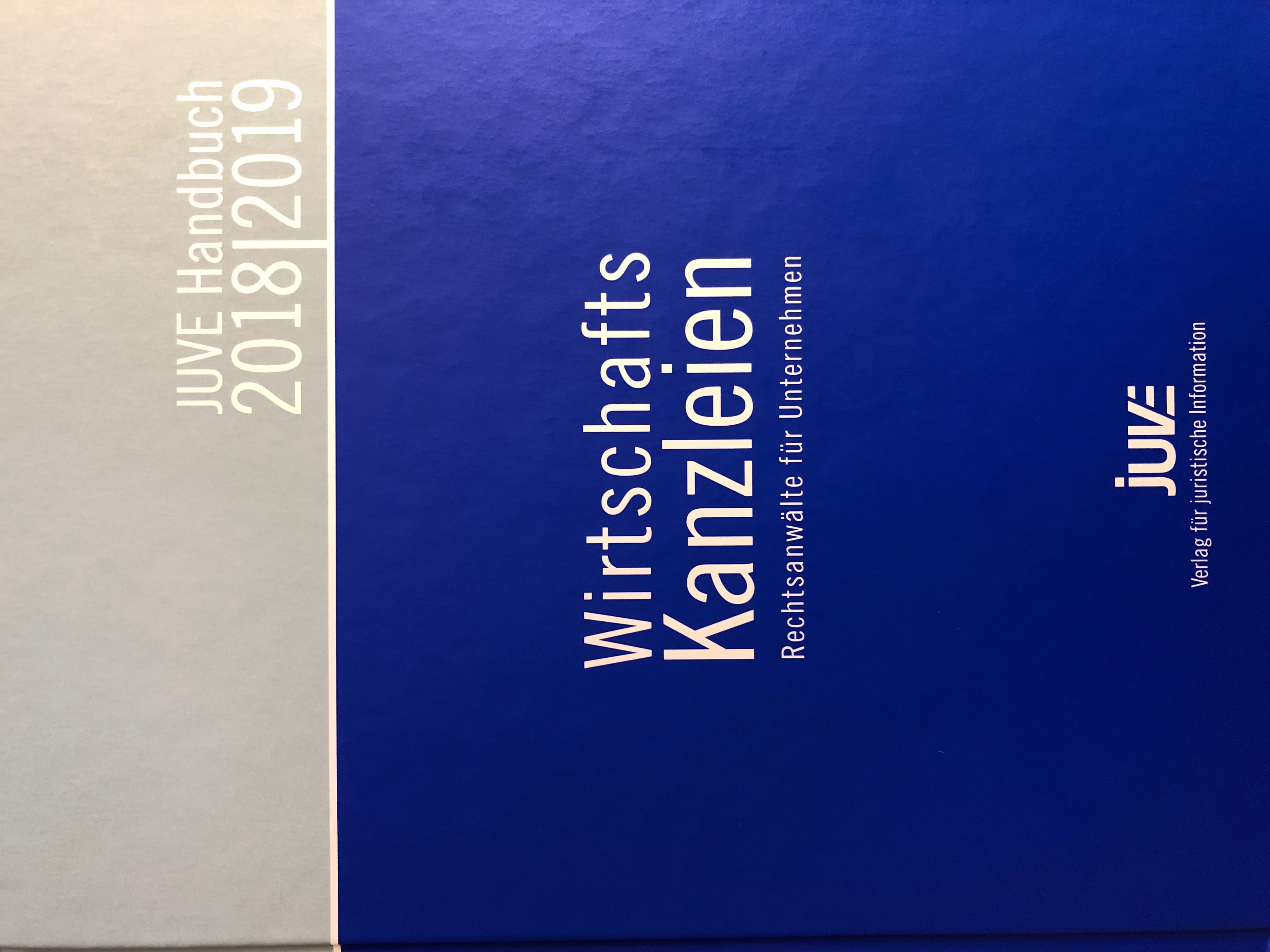 „JUVE Handbuch“ 2018/2019: DANCKELMANN UND KERST is awarded four out of five stars in the field of the laws of unfair competition

DANCKELMANN UND KERST is awarded four out of five stars and is now ranked in the second highest category of the list of leading German law firms in unfair competition law. According to Juve, DANCKELMANN UND KERST is known above all for its representation in competition law and has again underlined this last year by its presence in numerous, often fundamental disputes. In addition, there is also an increase in trademark activity.

As in previous years, attorney Nikolaus Konstantin Rehart is listed among the “leading consultants (names) in unfair competition law.” Once again, this edition of JUVE also mentions several partners of DANCKELMANN UND KERST as “often (frequently) recommended lawyers” for trademark and unfair competition law. As in previous years, attorneys Nikolaus Konstantin Rehart, Dr. Jan-Felix Isele and Dr. Hans-Jürgen Ruhl were specifically named in this regard.

The 21st edition of the JUVE Handbook of German Commercial Law Firms (“JUVE Handbuch Wirtschaftskanzleien”) has since been published. It is a reference not only for companies, but also for lawyers, and is researched and written by an independent editorial team. Its ratings are based on interviews with lawyers, including German Federal Court of Justice (BGH) attorneys, clients, and also individual legal scholars and judges in order to find out their perceptions and evaluations of the market and specific law firms. More information is available at www.juve.de.


> back to news
> more references